There are other chipsets that support Zen2 processors, but they aren’t worth it these days. Often enthusiasts consider Ryzen series processors because of their low price and overclocking potential.

As with Intel, you can’t overclock non-K processors, but that’s not the case with AMD as the multipliers are factory turned on, and you can push them to new potential. 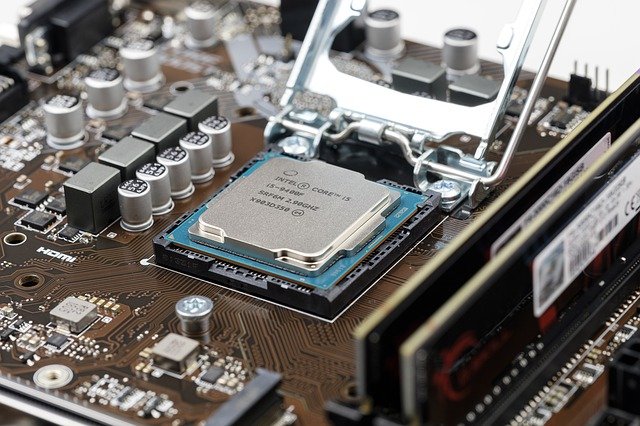 The main difference between A320, B350 and B450 is the number of storage and connectivity interfaces and the cooling systems of VRMs and MOSFETs.

Their prices are almost the same and even some B450 gaming motherboards They are cheaper than other chipsets, so it’s good to go with them.

Below are the some of top motherboards for B450 with wifi and good quality performance. 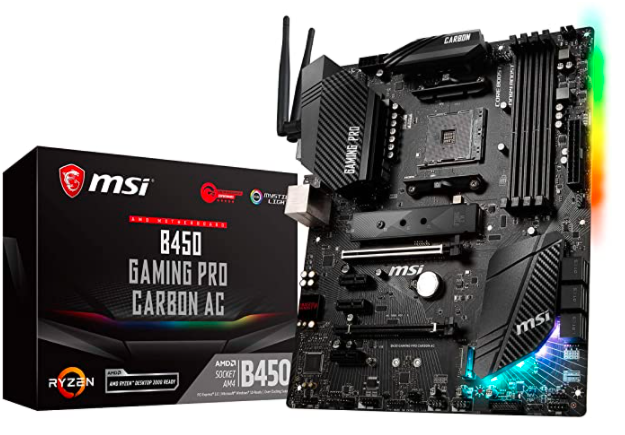 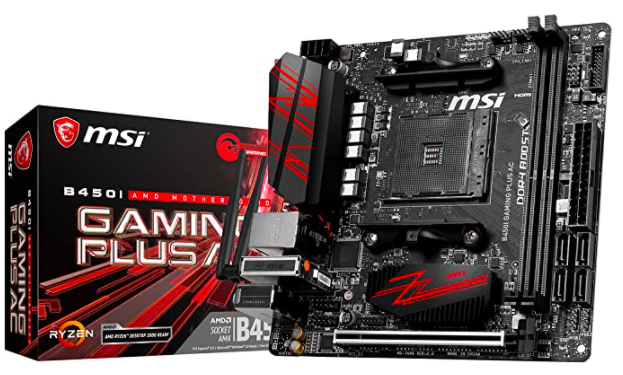 AMD’s new budget There are slight differences between the B450 platform and the previous version B350 As before, we expected this platform to shine at $100 or less depending on your needs.

With the advent of the first AMD B450 motherboards, as truth be told, there aren’t many good things to choose from, certainly not as much as we would like and not as many as we could possibly be.

The Asus and Gigabyte options have been a bit disappointing so far, Asrock has done a good job, while MSI has turned things around.

We hope these choices will help narrow your search for the perfect B450 motherboard.

How To Choose B450 Motherboard?

At least until now, we have seen more than 25 B450 motherboards, but it may be difficult to find the most suitable one.

Choosing based on specific criteria may help narrow the range, such as dual M.2, integrated wifi or pricing. Some people may need more special functions (such as marquee) , but maybe others are not interested in these functions.

Of course, all B450 motherboards with two full-length PCI-E slots support AMD Crossfire, but not NV SLI, because SLI does not support such channel splitting on the B450.

The B450 chipset is basically an upgraded product of the first generation of the B350 chipset, which provides manufacturers with opportunities for improvement and definition.

For example, GIGABYTE focuses on defining the Aorus game brand for users and uses the B450 chipset to implement a new naming scheme.

Some other suppliers have made minor aesthetic adjustments, while others have added more high-quality components to their products at the expense of slightly higher suggested retail prices; or in many cases, keep the same prices.

The links in the original picture are all linked to the official website of the motherboard manufacturer, of course, to carry this picture it is convenient for everyone to compare whether it is equipped with wifi and what kind of network card/sound card

Each supplier seems to have a large number of products, ranging from $70 to $130, with at least one motherboard using intel Ethernet, Intel Wi-Fi and high-end audio codecs. For these three functions, it seems that the lowest price is $120.

The Beta BIOS version number of the ASUS B450 motherboard received by HKEPC this time is 8501, which is suspected to belong to the internal test version, but the test found that the new generation of Ryzen 5000 CPU can be used normally.

After the test, it is found that it can pass POST, start normally, and even run benchmark tests. There is no problem with the software such as baking machine. The test results are very normal.

Users who don’t like to spend a lot of money on the motherboard and are looking for the same performance as high-end motherboards might consider the B450 chipset.

However, you have to sacrifice a few features offered by the premium motherboards offered by the x470 chipset. The best B450 motherboard you can get is the Gigabyte B450 Aorus Pro Wi-Fi, providing a great feature set while not too expensive.

This motherboard from MSI has a rival, but it’s an expensive option but offers high overclocking power, and this is the MSI B450 Gaming Pro Carbon AC at the top of our list.

While these are entry-level hardware, there are some options for ITX builds, including the ASUS ROG STRIX B450-I and MSI B450I Gaming Plus AC. We’ve also listed some other options you can check out for your Ryzen build.