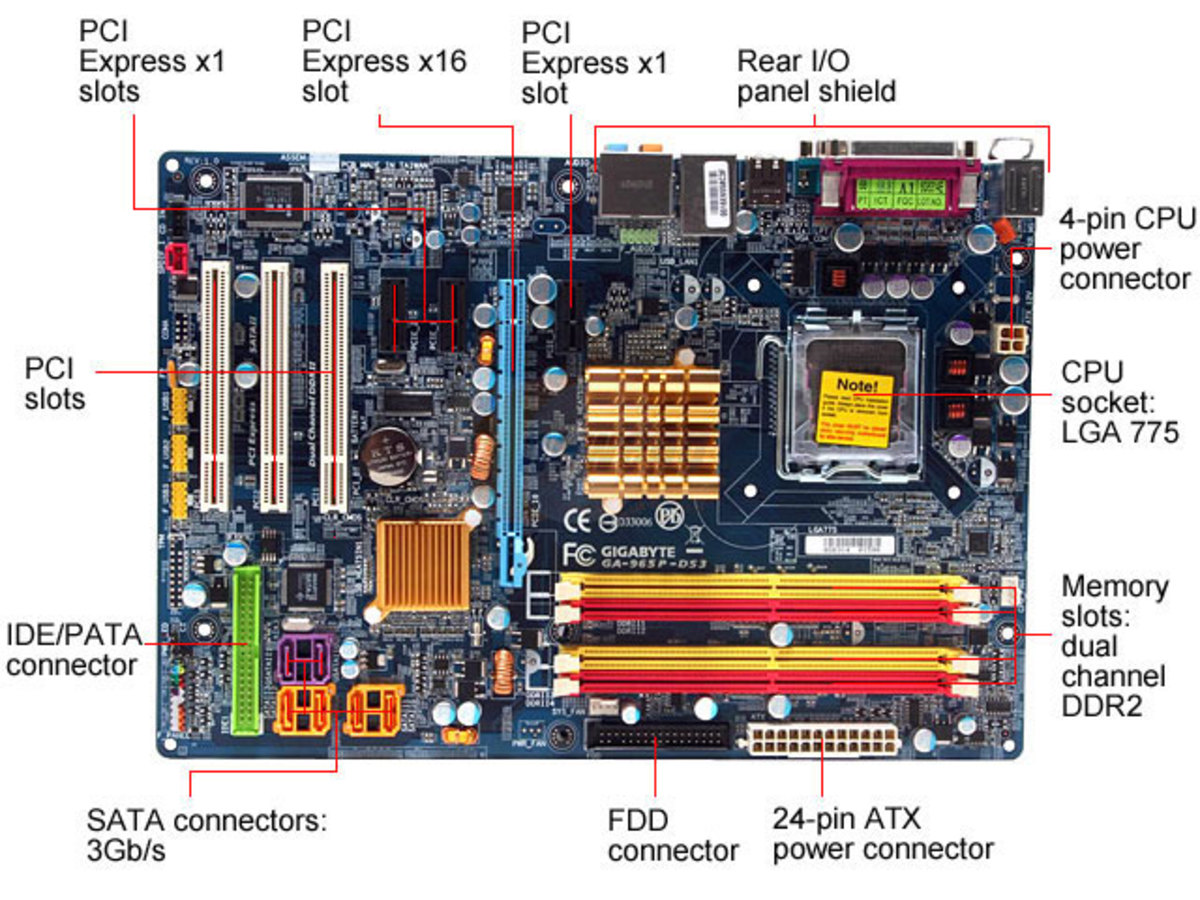 The first form factor dates back to 1983. At that time, IBM built the XT personal computer, and because the form factor specifications were open, many manufacturers used it as a de facto standard.

Today, the technology landscape has changed. The XT form factor of the original motherboard evolved into 40 different forms, all different from the traditional case of personal computer use.

IBM is no longer the most popular motherboard manufacturer, there are other manufacturers such as Intel, ASUS, VIA, ABIT, and more. There are motherboards built for embedded systems, rack-mounted servers, mobiles, media centers, vehicles, and more.

So What is The Motherboard Form Factor?

The motherboard is the main component, based on its function, of the internal structure of all computers. Mainly responsible for the interaction of all elements of the computer, such as CPU, RAM, storage, graphics card, I / O, among others.

It is extremely important to recognize its capabilities, limitations, and the main features it contains so as not to stifle the potential of any other part within the PC. Another key element is the form factor (size and external physical shape) that must also be taken into account for the computer application depending on the field in which it is to be used.

Motherboards are always characterized by their chipset, processor socket type, and form factor.

Below are the types of motherboard for factors.

Designed as an evolution of the Baby AT form factor , ATX marks a profound change in the architecture of the motherboard and other components such as the enclosure and the power supply.

Inside the motherboard there are significant changes such as the location of the CPU socket, which is now located close to the power supply, thus allowing air flow caused by the supply fan and not being interfered with by anything such as it happened with Baby AT technology.

Another change was the connection between the supply source. Which is now a single connector, unlike the AT which were two. Some of the most important ATX enhancements and benefits are:

The dimensions of the ATX motherboard are 12×13 inches . A variation of the ATX is the Mini ATX, which is essentially a downsized version of the ATX but smaller in terms of its shape, measuring 11.2 × 8.2 inches.

This form factor is the most widely used today, especially in desktop computers, and after this technology several other factors based on it were published, such as Mini-ITX, Mini-ATX, Micro-ATX, Nano-ITX , and Pico-ITX.

It is an evolution of ATX. Its measurements are 9.6 × 9.6 inches. The mounting holes have changed from the standard ATX as the measurements are different, but they are also compatible with most ATX housings.

This type of motherboard format is compatible with Intel and AMD processors. It is commonly used in small form factor desktop computers.

Mini ITX is a low-power 6.7 × 6.7-inch motherboard format. Its dimensions are the most characteristic factor of this type of form factor. Although this type of motherboard was designed with the aim of promoting low-power equipment, currently there are no limits, and they have grown by leaps and bounds in terms of benefits.

Since the Mini-ITX was introduced they have expanded into all kinds of applications, thanks to their open standard factor. The Mini-ITX is the first small format standard system to become popular, reaching all types of projects and any equipment where it is needed.

The Nano-ITX is another type of motherboard form factor, measuring 4.7 × 4.7 inches. Nano-ITX are fully integrated cards designed to consume very little power. This type of motherboard can be used in many applications, but it was specially designed for smart entertainment, such as PVRs, multimedia centers, smart TVs, intravehicular devices and more.

The Pico-ITX is the smallest type of motherboard format on this list. Its measurements are 3.9 × 2.8 inches, and it is 75% smaller than the Mini-ITX. This motherboard was designed and developed by VIA to open innovation to small.