Are You Going To Update Your Graph? Check If It Is Compatible With Your PC

Buying a new graphics card and just plugging it into your PC and having it work is something that can happen, but if you don’t make sure your system is compatible it can put you in serious jeopardy. Why take an unnecessary risk when checking the compatibility of the graphics card with your hardware is as simple as we are going to tell you next?

Are All GPUs Compatible with All Motherboards 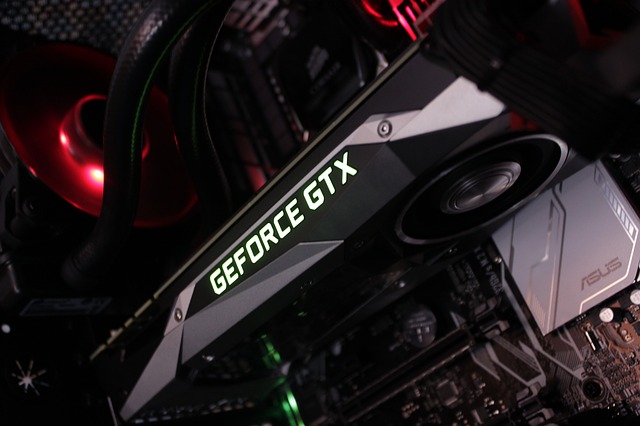 The good news is that the vast majority of modern GPUs are compatible with almost any motherboard from the last decade, but as they say, prevention is always better than cure. Let’s get the obvious out of the way: you only need to check if the graphics card is compatible if you intend to buy a dedicated GPU . If you plan on messing with the processor’s iGPU (which is possible, though not highly recommended) that means it’s supported, obviously.

Is Your New Graphics Compatible With The Motherboard’s PCIe Sockets?

This brilliant technology is the reason why most modern graphics cards are compatible with most modern motherboards. The PCIe x16 sockets come with different numbered suffixes, and you probably already know what the difference is, but in terms of compatibility there really is a lot.

For example, a PCIe 3.0 socket supports PCIe 1.0 graphics cards and vice versa, although you should know that if for example you use a graphics card that uses the PCIe 4.0 standard on a motherboard that has PCIe 3.0, you may find yourself with limitations in bandwidth. . The general practice has been that each new version of this interface doubles the performance of the previous version, so that if PCIe 2.0 has 4 GT / s of bandwidth, PCIe 3.0 has 8 GT / s and so on.

In the year 2021, PCIe 3.0 is the most used interface even though version 4.0 is already available and gaining strength. What is certain is that the latest generation graphics already use a PCIe 4.0 interface, but despite that the performance differences are marginal. In other words, for example an RTX 3080 that is PCIe 4.0 has the same performance on a board with this interface as with a PCIe 3.0, so at this time it is not something that you should worry about excessively, especially when the PCIe version 5.0 is already in production and PCIe 6.0 is in testing. In general, it’s better to have a motherboard with a PCIe socket that matches the generation of the graphics card, but it’s not really a concern either.

Another key aspect is that you make sure that, indeed, your motherboard has free sockets, especially if you plan to configure several GPUs through SLI or NVLink from NVIDIA or Crossfire from AMD. You won’t be able to do this if your motherboard has a single PCIe x16 socket available, although there are “alternative” solutions for those who are inclined to do engineering.

In this regard, keep in mind that if you intend to have a gaming PC currently it is no longer advisable to have multiple graphics cards: controller and game support for this technology is slowly dying, and the performance gains are minimal.

Make Sure You Have Enough Physical Space In The Box 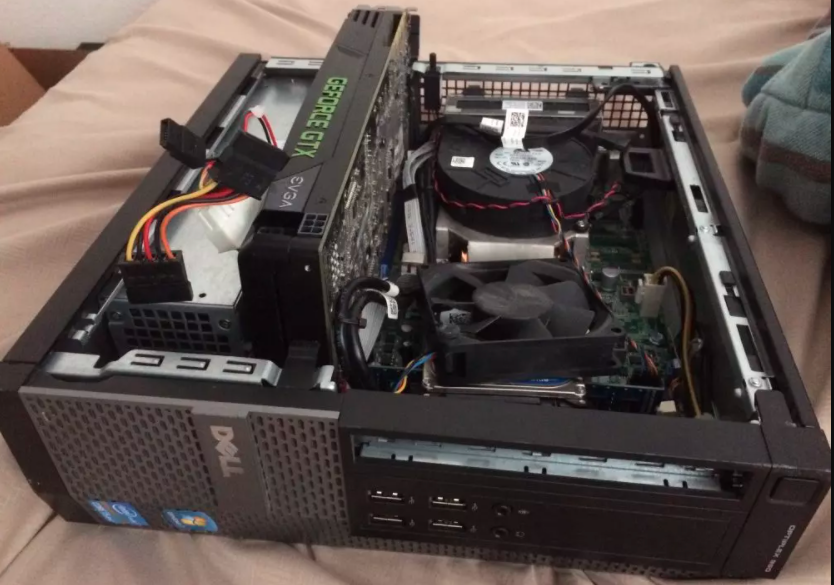 This is a peculiarity that we sometimes easily forget, but that really also affects whether a graphics card is compatible with your PC. Make sure you know the specifications of your PC case and the dimensions of the graphics card you intend to buy (generally it is easy to access this information on the manufacturer’s website) to avoid unpleasant surprises, such as buying a new graphics that does not physically fit in the PC case.

If things get complicated, and you forget the type of case you have or cannot identify it (something common if your PC is OEM and not assembled by pieces), you can always manually measure the interior space with a tape measure. Make sure that the PC is completely turned off before “reaching” inside to measure … even so, it is not the most recommended method, but it serves its purpose as a last resort.

Most of the time you will have to focus on the length of the graphics card, as this is usually the main problem; However, it is also good to know the width and especially if you have a slim-format box like the one illustrated in the image above, where obviously a full-size graphics card does not fit, and you should go for a low-profile one. Another aspect to consider is the slots on the back, as they can give a false impression as they are often wider than the GPU.

Although the graphics card is compatible with your PC, it is also important that you make sure that all the power cables that your new GPU needs are available, as well as that there are no components near the socket preventing its installation. Measuring the space inside the PC is also important to determine if the PC will have enough room to “breathe”, meaning that the GPU will have good ventilation .

Will Your Power Supply Be Enough? 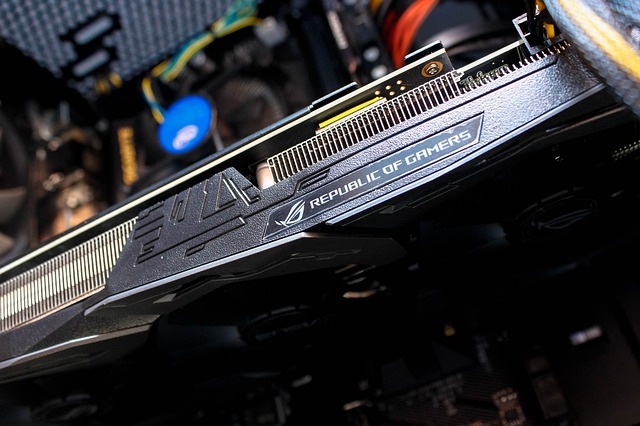 Finally, another important aspect that you must take into account to know if the graphics you intend to buy is compatible with your PC is the power supply. Depending on the GPU you are going to buy, you will need one or more 6 or 8-pin PCIe connectors, and also the manufacturer will recommend a certain minimum power at the source. For example, a graphics like the RTX 3080 will sometimes require up to three 8-pin connectors, while a lower budget option like a GTX 1050 Ti requires none.

This means that if you are looking for a modern GPU you should also have a modern source, as many of the older ones (pre-2015) will not even have 8-pin connectors. Adapters can solve this problem, but they don’t have very good reliability to tell the truth.

When it comes to power, a good rule of thumb to keep in mind is that the GPU’s TDP in watts should be at most half the maximum power of the source, ideally 40%. For example, if the GPU you intend to buy has 250W of TDP, you will need a source of at least 500 watts of power.